In January 2014, Concrete Canvas (CC) was specified to line a drainage ditch that runs alongside the Collie-Williams Highway in Collie, Western Australia. The client was Main Roads Western Australia and the installation was completed by Fulton Hogen. CC was selected due to the speed and ease of installation and to prevent scouring. Furthermore the narrow ditch profile made the use of traditional stone pitching (which has been installed in other parts of the channel) difficult or impossible.

In total 250sqm of CC8 were installed in just 4 hours by a team of 4. The bulk rolls enabled a fast, easy and cost-effective install under high temperatures of 35 degrees. 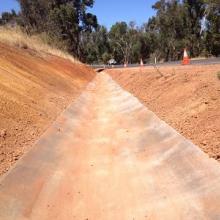 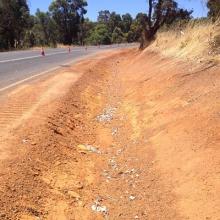 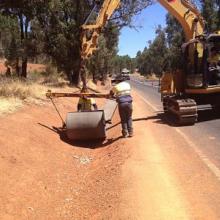 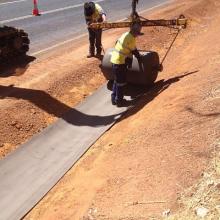